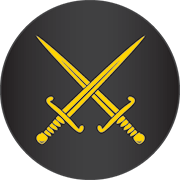 In early January, the Society released a new edition of The Marshal’s Handbook, which made several changes to the rules for armored combat.  An Tir will implement these beginning with Summits Spring Coronet the weekend of March 25-27th.  There are three major changes in the Society’s rules that will affect An Tir:

There are 3 items with wording changes: Weapons need to be 1.25 inches in diameter including tape for their entire length, except for the hilt of two-handed weapons.  On combat arrows, the PSI for APD’s made of HDPE is increased to 100-160.  There are also some changes to the types of rivets used in helms that will need closer review.

There are a couple of wording errors in this edition that will be fixed at an upcoming Board of Directors meeting.  This includes returning to the long-standing definition of how the kidneys and short ribs are to be covered, rather than all the way up to the shoulder blades.  Also clarifying that strapping tape with fiberglass strands is fine on rattan weapons, it’s full fiberglass wraps or resin coating which are prohibited.

Finally, there are 2 changes that don’t affect An Tir, but are seeing discussion in other venues:  We have banned Mandrake tips on fiberglass spears since 2015, but other Kingdoms were still using them.  They are still allowed on two-handed swords.  The Armored / Re-bated Steel rules are now in their own manual.

If you have any questions on these changes, please contact the Kingdom Armored Marshal, Equis Decimus Marius Gavinus Brittanicus at [marshal.armoured (at) antir]  OR  Kingdom Earl Marshal at [earlmarshal (at) antir].  We are also collecting comments through the end of February about other aspects of the armored manual for consideration in the new edition.

An Tir’s martial manuals are posted at:  https://antir.org/library/

The Society’s martial manuals are posted at:  https://www.sca.org/resources/document-library/#marshal

You can find out more about which cookies we are using or switch them off in settings.

This website uses cookies so that we can provide you with the best user experience possible. Cookie information is stored in your browser and performs functions such as recognizing you when you return to our website and helping our team to understand which sections of the website you find most interesting and useful.

Strictly Necessary Cookie should be enabled at all times so that we can save your preferences for cookie settings.

If you disable this cookie, we will not be able to save your preferences. This means that every time you visit this website you will need to enable or disable cookies again.