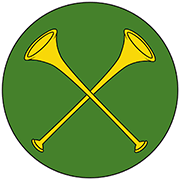 Sable Sable is a lesser kingdom officer and encourages scribal activities throughout An Tir through deputies, branch officers, scriptorium leads, and populace. Sable Sable receives and compiles officer reports, providing that information to the Kingdom and Curia via Black Lion Herald. Sable Sable manages several deputies responsible for backlog scrolls, archives, scribal education, and the An Tir scribes website. As keeper in trust of the Great Seal the kingdom scribe will work in concert with the Royal Scribe to provide needed supplies, such as pre-made wax seals and award paper.

Please email letters of intent including SCA and modern resumes to Black Lion Principal Herald and Kingdom Scribe by September 15th, 2019. The position will transition in early October 2019.

You can find out more about which cookies we are using or switch them off in settings.

This website uses cookies so that we can provide you with the best user experience possible. Cookie information is stored in your browser and performs functions such as recognizing you when you return to our website and helping our team to understand which sections of the website you find most interesting and useful.

Strictly Necessary Cookie should be enabled at all times so that we can save your preferences for cookie settings.

If you disable this cookie, we will not be able to save your preferences. This means that every time you visit this website you will need to enable or disable cookies again.